Posted by canyondreamer on December 24, 2012
Posted in: Learning Spaces. Leave a comment

As I look back on the campaign to build a center for transformative learning, I often start by wondering about the whole project and why we need these types of spaces.  Public libraries are perhaps even a better basis, but I’ll stop with that fantasizing and move to the next step – what we did… 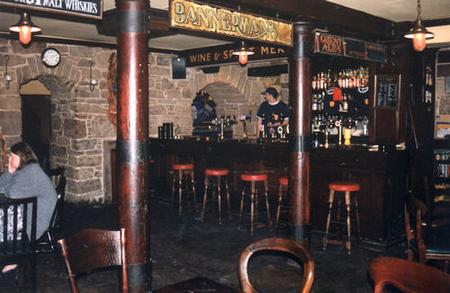 The coolest space would be Bannerman’s, but with digital access, but lacking that I guess we’ll make do with this sort of airport vision of the 21st century.

As to the process itself…our first efforts were not all that productive. We hired a local consultant with a ton of school experience (and connections to our board and president), and this person started making calls to local educators and business people.  Some of the faculty and staff at our own university were involved as well, and our first meetings were sort of lengthy lunch sessions in which we told each other how cool this all would be.

This set of sessions culminated with one more lunch, one in which our group activity was to design the actual building. People immediately started drawing in their own offices, and making rows of computers, and all the pretty much worst ideas that we can have, mostly because we were still thinking about buildings. Only one group tried to do anything remotely different, drawing up a whimsical idea that incorporated the fact that the founding organization of our university started out by jumping on ocean-going ships and heading to the four corners of the globe, and finishing with a sort of Johnny-Cashish version of being a captain of a starship.  This idea was laughed at in favor of really cool ideas like bathrooms near offices and that sort of thing.

As an aside, this sort of exercise calls into question the idea of expertise, and how quickly we assume it.  Planning from the ground-up is sort of a Gramscian organic intellectual idea – beautiful if you can find one, perhaps a bit tricky without at least some sort of research into what’s already been done.  Asking someone with no experience in architecture to plan a blueprint-drawing exercise might not have been the most efficient approach.

In addition to my conference in February I have another conference in January at which I’m presenting. This one is on the changing idea of learning spaces, and I’d be completely out of my element in this conversation if it wasn’t for our foray into a new building, one that will transform bricks and mortar as we know them.  Yes, I’m perhaps a bit skeptical.

My idea of new learning spaces is more like Edmodo or Learnist, but I understand that we do need physical spaces for all of us to gather under. I’m not convinced that those are private universities, but I’m also not willing to give up my cushy tenured job to test that theory to any serious extent.  After all, someone has to pay the taxes for those public libraries that give us the public spaces that we can hack through Edmodo (or Anonymous). 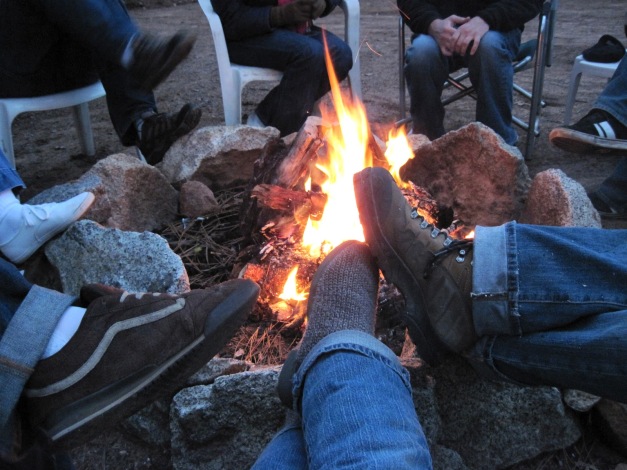 This space strikes me as both public and transformative, in ways that certainly don’t meet any standard corporate ideal about what we want our students to be doing, but in ways that I can understand.  The experiential possibilities are massive – I’ve seen them, including the formation of tribes and story-telling that can be life-altering as well as silly and ridiculous – but they’re hard to figure into dollars and cents.

I keep telling myself that I understand the need for the conversation about making profits, even if those profits are moderate and invested back into the enterprise rather than into executive bonuses and new cars (and $350 a month dry cleaning bills, which is another story).  And I don’t want to be a hippie or a Marxist, because I don’t think that that sort of lifestyle is sustainable or even honest.  Still, there are moments where working for a private university that costs a lot of money (even if we do good, and work with a lot of folks who’ve never gone to school, and that our tuition helps them develop skills to take another, completely different, step away from where they’ve been and develop skills that will keep them competitive in a world in which the types of knowledge valued by their mothers and fathers is gone) that feel like I’m giving away something precious.  Perhaps because I’m blind those moments are few and far between.

Musings on, what else?

Posted by canyondreamer on December 18, 2012
Posted in: Ancient, Technoculture. Leave a comment

A couple bullet points this morning:

Posted by canyondreamer on December 17, 2012
Posted in: Ancient, Games, Technoculture. Leave a comment

My guess is that it will be very easy to push connections beyond the point of absurdity in this conversation, but I’ll give this effort at analyzing the image shot…

More to come – that was a fast fifteen minutes tonight…

Master Chief and the Warrior Caste

Posted by canyondreamer on December 13, 2012
Posted in: Ancient, Games, Technoculture. Leave a comment

The above photo is of Master Chief and his AI consort Cortana.  I was brought to this topic by my fascination with Neuromancer – whenever Gibson rattled on about the ancient this or the primal that or the deep metal feel on Case’s spine I essentially swooned, or got excited, or whatever.  I’m sort of working a thesis without having any idea why this might be so – I have a sneaking suspicion that the Ancient becomes some sort of binary for most sci-fi, and that Gibson’s use of it as a binary is exactly what someone like Deleuze envisions the binary becoming:  an essential component that helps some entity (a genre, in this case) form its identity.

I’m not sure that the gaming component of sci-fi is any different, but I’m going to work out in a few blog posts some of the most obvious comparisons, and see if I can’t complicate these notions a bit.  Halo 4 just seems too obvious to ignore, from its SF universe to its fascination with classical Greek warrior cults (duh – Sparta!).  And the above screen cap helps…

I’m not sure of any sci-fi games that do *not* have this sort of melee combat/ultimate warrior perspective, especially first-person shooters.  Half-life might be the closest example, but it kept moving in this direction (especially with the addition of armor), and of course space opera games like Eve are a completely different ballgame.  Still, the prevalence of this sort of emphasis on warrior cults in games like Halo 4 (and of course the Starcraft series) is hard to dispute.

A couple of quick thoughts about Master Chief, Cortana, and their relationship:

The exact opposite game?  Perhaps Portal…

For tomorrow…more on the screencap, and male inhumanity to other males…

Thinking about reading and English studies

Posted by canyondreamer on December 4, 2012
Posted in: FYC, Teaching. Leave a comment

I’m reading this this morning before I start with my other tasks, and I’m finding it an interesting and useful recap of the presence of reading in what they’re calling English studies (a term designed to weld the fields of composition and literature together).  My only minor quibble is that (as seems to often happen) they seem to paint comp theorists with a broad, derogatory brush, blaming them to a degree for de-emphasizing reading in comp. They find this troubling particularly because they credit the comp folks for valuing student texts in the first place and providing impetus to reader-response theories. They don’t name names, which I completely understand, but which also takes away from the effectiveness of what they’re arguing.

My complaint here is that too often the work of individuals gets turned into something that it’s not, detracting from the need for dissenting voices and from the pursuit of necessary, if perhaps unpopular, conversational threads. The theorists in question might even have been assholes, and their work might have turned out to be completely wrong and/or unnecessary, but to portray them as somehow driving the study of reading out of English studies is a bit of an overreach.